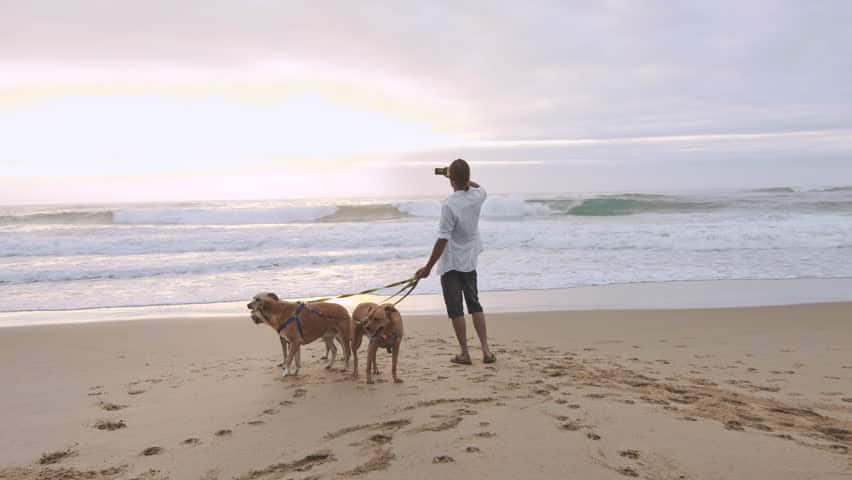 Is Exercise The Best Approach For Weight Loss?

He spent 2 months visiting us here in Costa Rica and I?m writing this from San Jose where he just boarded the airport shuttle to go back to Toronto.

?Pop? (that?s what we call him) isn?t a tall guy. But he?s overweight.

Yesterday though, he clocked in at 161?

Funny thing though? he didn?t exercise all that much while he was here.

Even though he stayed home with our dogs for most days and had access to my kettlebells, he never ?worked out?.

So what was it then?

What can we attribute an almost 30lb weight loss change in 2 months to?

Here?s what I think happened?

When he arrived in Costa Rica he told me he gets about 5 hours of sleep per night (and no naps during the day).

At first it was difficult to get used to our sundown, sun up sleeping times (we are in bed – dog tired, I may add – by 7:45pm and consistently get up at 4:45/5am every morning WITHOUT an alarm clock).

After about 2 weeks, he started going to bed at a consistent time and getting a full 8 hours of sleep.

Many experts believe that sleep is better medicine than anything you can get at a drugstore.

Sleep will allow you to fight off inflammation, regulate your hormones and give you more energy.

We don?t eat junk food here. We just don?t have access to it like we did in Toronto.

So even though we technically can afford to buy a bag of chips, you really give it a second thought when you know you?re spending 4x the price of what it should cost.

Instead, he ate what I cooked? meat, veggies & starch for dinner, fruit for snack, eggs & avocado in the morning and coffee (oh glorious, coffee).

Gone were the burgers & fries, Tim Bits & ?Double-Double?s? (it?s a Canadian thing) and all the drive thru crap that those who work shifts are known for turning to during down time.

Because Pop stayed home often, he got to hang out with our dogs.

We have a 2 year old Rotweiller (Phife) and an 18-month-old German Shepherd (Lupe) that are both super active.

They?re big, energetic dogs and need to burn off some of that steam often.

I take them for a 45 minute ruck every morning (this is my ?fat loss? training), but they need at least another one or 2 sessions.

So Pop?s been taking them everyday for 20-30 minutes.??Funny enough – I think because of the ?RESET? properties of walking – the shoulder issues he was plagued with when he arrived basically fixed themselves.

When he got here he couldn?t lift his arm over his head or reach behind him to touch his mid-back.

That condition went away a couple of weeks ago when he scratched his back and didn?t realize what he was doing until I pointed it out.

The natural swinging of the arms and the contralateral movement of walking may have helped nourish his shoulders and reset his body.

4. He changed his environment.

This, I think, was probably the most important change.

Being in an environment that you?re used to plays a HUGE role in you staying the same.

Being stagnant, not changing and not making progress a lot of times is a result of your internal environment (your ?head? as they say)?

?BUT discounting the the effect that your EXTERNAL environment has is short sighted.

Think about your favourite underperforming athlete who gets traded to a new team and all of a sudden reaches his ?potential?.

If you follow the NBA right now, then a good example of this is Victor Oladipo of the Indiana Pacers.

Oladipo was a highly touted recruit that got drafted by the Orlando Magic (I actually did some work with Oladipo when I consulted with the Magic for a few years).

His career in Orlando was sub-par.? Playing out of position, a lack of motivation and possibly not enough support, Oladipo was slipping into obscurity.

Then he got traded to the Indiana Pacers (he went to Indiana University) and all of a sudden he’s one of the Top 15 Players in the NBA.

Sometimes that change alone can ?rejuvenate? a career.

Many factors, I’m sure.? But the most obvious was his external environment and the chance for a ?fresh start?.

I think the same thing happened to Pop.

Different environment and a chance for change.

Four simple changes that helped Pop lose over 20lbs in 2 months that had NOTHING to do with working out.

So what does this all mean?

It means that working out isn?t be all and end all of losing weight (losing fat).

In fact, I?d say – as evidenced by what Pop experienced – that it isn?t as big a factor as we think it is.

Working out isn’t the be all and end all of losing weight. In fact, I’d argue that it is nowhere near as a big a factor as we are led to believe it is.

I think your workouts should be designed to get you strong and to build muscle; to keep you young and to keep your body functioning to stave off disease.

But it?s in your habits and your environment that will make the biggest impact in your quest to lose weight and live a healthier life.??Obviously I?m NOT saying to stop training.

But if you?re constantly adding in more workouts in an effort to lose weight and it?s NOT working, I suggest you look elsewhere?

This morning at breakfast before the shuttle, both my wife and I commented and complimented him on the weight loss.

Then, I asked Pop what the first thing he was going to do when he landed back in Toronto?

5 thoughts on “Is Exercise The Best Approach For Weight Loss?”