Let me clear something up.

I AM NOT A BODYBUILDER. 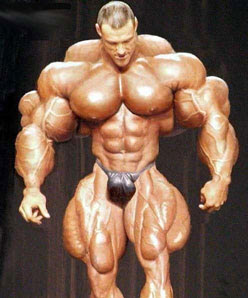 Never was, don’t think I ever will be.

Even growing up in the booming bodybuilding culture of the mid to late 90s, it never interested me.

In fact, I always envisioned having the physique of an athlete – Michael Jordan, Jerry Rice, Karch Kiraly (volleyball player? pink hat? No?) – these are the guys who I idolized growing up. 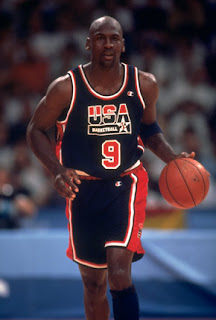 But it wasn’t so much what they looked like that impressed me, it was WHAT THEY COULD DO. My goal was to be able to jump like Mike, run routes like Jerry and put a ball hard into the sand like Karch (Still doesn’t ring a bell?).

Because I grew up that way – training for performance as opposed to aesthetics – that influenced the way I train myself, train my clients and write my programs today. That interest in performance was why I went to school to study Human Kinetics.

It was always about what I could do to make myself or others perform better.

Training was about supporting my active lifestyle NOT a means of giving me one.

Having 6-Pack Abs, a well defined torso and what some referred to as “horse legs” was just a bi-product of training to be a better athlete.

Therefore, I will never write a bodybuilding based program. I don’t even think I know how.

The FitAndBusyDad Lifestyle isn’t about bodybuliding or getting massive guns and delts the size of bowling balls.

It’s about being able to hold your own with the 20-year-olds at a pick-up game.

It’s about loading 5 more rocks onto that wheel barrow that you need cart out of the backyard.

It’s about still being able to throw your 10-year-old into the air and catch her without breaking your back.

It’s about being able to carry your wife over the threshold even after 5, 10 or 25 years.

I build athletes that can perform…

…and if you push a lawn mower

…Then you’re an athlete too! And you should be training like an athlete.

As busy dads involved in our kids lives, we have NO CHOICE but to be ATHLETIC. We have to be able to keep up with our kids. We want to be the STRONGEST dad on the block.

So stop doing bicep curls and do chin-ups instead.

Stop doing crunches and do some dead lifts.

Because as much as we won’t admit it, we want to hear our kid say to his best friend, “My dad can kick your dad’s a$$!”